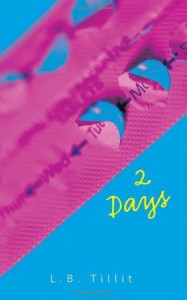 This book is about a girls whose mom had kicked out because her mother's boyfriend was touching her. This girl goes to her boyfriends and she forgot to pack her birth control. It was two days that she was gone from her mothers house,and that was were the birth control was. So she had her boyfriend at that time take her home and she would sneak in and get her birth control. When she got inside her mothers boyfriend wasn't there until he heard someone in the apartment. Because he works right under the apartment. He saw this woman in his home so he tries to get her all alone in the apartment but the boyfriend of this young lady walks up into the apartment. And he noticed that her mothers boyfriend was all in her space.So her boyfriend gets her out of the position she was in and they ran. When this young lady a week later found out her period was supposed to start it didn't so she goes and lives with her aunt. She finds out she is pregnant with her ex boy friends baby. Of course he does not believe her, that this beautiful baby is his.  After a while his family found out about the baby and they don't like the idea of this girl having their sons baby.