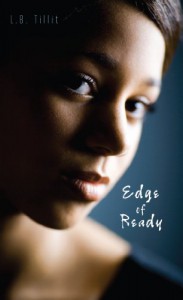 During this book this woman's mother is her whole life. Until her mother has a baby boy. Everything started to become harder through life. Her mother has always told her school is first. When her mother started to ask her everyday to watch her baby brother until her mom gets off work. Well she started to fail school the school asked if she would do other options for school. She took night classes from 5-9 pm. One night the young charctor got off the bus and started walking towards the school and a guy she knew tried to knock her out. She was rapped that night. She was found on the side of the road by the brother of the attacker. He knew something was wrong and got there to late. But they later find out the attacker's sister is a prostatute for the attacker. He was having her work for him ever since she was little like 13 or younger. The attacker was taken to jail for a prostutution ring and the rape charge. He was not going to be let out for some long time.